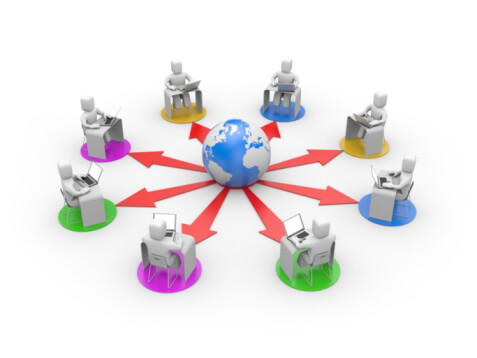 John Seddon wrote Freedom from Command and Control: A Better way to make Work Work in 2003, and it would have to be one of the best books describing the Agile mindset leaders and organisations need to succeed in this rapidly changing world. It has helped countless leaders move from a more hierarchical micro-management style to one of trust and empowerment. Organisations are continuing to move away from old, industrial age thinking and both leaders and the people working for them are on a journey to more empowerment. It’s exciting, but there is a price to pay on both sides. The theme: accountability.

Military vs Corporate – a strange paradox

I started my career in the Royal Australian Navy, an organisation you might think is steeped in hierarchy and command and control. It is anything but. Sure, your seniority is obvious by the amount of gold on your shoulders, and if you are meeting with the Admiral you arrive in the meeting room at least five minutes early and stand when he or she enters. You call the Captain of your ship ‘Sir’ or ‘Ma’am’. But that’s where it stops. No matter what your role and seniority you have a seat at the table and an important role in decision-making. Of course the Admiral or Captain can veto your decision, but they rarely do.

When I’m asked to describe the military compared to corporate life, I often say the military is deceptively flat, and corporate – despite the many words used to describe ‘flat organisations’ – is deceptively hierarchical. The military learned a long time ago the importance of shifting decisions to the people closest to the action. The FBI has also learned this and has a number of success stories where decision making was shifted to those closest to the problem1 Civilian organisations are almost the opposite. Senior leadership may come up with a strategy, but much control is exerted over the people doing the work. Most or all decisions are made top down, and this leads to people ‘waiting’ for work to be given to them as opposed to taking responsibility and getting on with it.

We might think that resistance to a more empowered workforce would come from the leaders themselves. Some does: many senior managers work very hard for their corner office, and once they are there the idea of trusting others to make decisions seems hard to embrace. But surprisingly much resistance comes from the people themselves. The unintended consequences of relinquishing command and control is greater responsibility and accountability of the people in the teams. Years ago I was working with team who had moved to a more Agile way of working. Their work became visible, the team met regularly to connect and share where they were, and they began to deliver small slices more often. It took the executive sponsor a while to get used to this shift in the team, but once he understood it he saw the immense benefits for himself. Previously, if he wanted to know anything he would contact the Project Manager or Team Leader, who would then seek an update from the relevant person in the team. Now that the work was visible with team members’ avatars denoting who was doing the work, the executive could go and chat directly to the accountable person and ask how they were going. He also took an active role in managing the backlog, highlighting the highest value work, yet also listening to the people doing the work when they identified technical dependencies for the high value work. And then he let the team get on with it in a way that made sense to them. The executive relished the time he saved and the fact the team were empowered. The team however, were not keen on being held accountable for their work to such a level. You see, in the past, the Project Manager was the receiver of the leader’s unhappiness when things were running late. With a more empowered team, the accountability was directly on the team members.

Unfortunately, many people have only read the Cliff Notes to the concept of command and control rather than seeking to understand what it really means. They are the first to cry ‘command and control!’ when they are only being asked to be accountable for the work they have committed to doing. With great (em)power(ment) comes great responsibility (thanks Spiderman) and true accountability for the work you have committed to doing. If you don’t take responsibility for your work, this new world of empowerment is going to feel A LOT like command and control.

More empowerment is the dream. Having full responsibility for meaningful work is the best. And in taking that responsibility you need to deliver what you said you would. Your leader may not be command and control, but they are still going to ask you how it’s going. They often ask because they want to know if you need help, and they want to see the value. And if you are working in an Agile environment it goes without saying that you are collaborating with others to get feedback as you go. Still feeling under the weight of command and control? Check out these simple Agile steps:

I dive into these concepts in more detail in my book The Agile Project Manager. You can buy it here, or download the first chapter here. As always, feel free to get in touch if you need more help.

1 (Read Charles Duhigg’s Smarter Faster Better: The Transformative Power for Real Productivity for the full case study that involves the implementation of an IT system and rescue of a kidnapping victim).