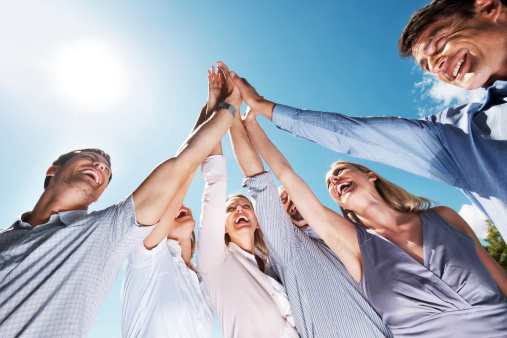 Not long ago I was contacted by two separate people, both asking for a similar thing. They both needed some help facilitating a workshop with some senior people to understand what it was their project needed to achieve and how much it would cost. The first person called me and took some time to talk about what she needed then checked when I was free. We agreed on a time and calendar entries were confirmed. The second person sent me a calendar entry for a time when I was in another meeting with no explanation. I replied immediately and said I was happy to help him and when I was available. His reply: “This is the only time Amanda is free so can you reschedule your plans”. Of course, he had no idea of what my plans were. And I had no idea who Amanda was, but fortunately I was able to reschedule my morning to meet his requirement. In the meantime, I caught up with lovely first person, and we had a great meeting (as expected). Everyone arrived on time, and there were sandwiches provided. Everyone was honest and up-front about what they needed and at the same time polite and respectful. I walked out with a bit of a buzz, and at the same time dreading my interaction with Person #2 the next day. And it was dread. He had come across as very rude over email and had only sent the pre-reading very late so I had to read it that evening.

I couldn’t change his behaviour.

But I could change mine.

I decided to expect the best from our meeting. I imagined a lovely get together where everyone had the chance to speak and everyone listened. I imagined a respectful conversation and a great outcome where we would reach agreement on a way forward.

What happens when  you expect the best

I got the best. I took the time to listen, and it quickly became apparent this person was under a lot of stress and was not sure of a way forward. After listening carefully, and asking some further questions, I was able to share some advice I thought might help him, and at the same time agree on next steps. By the end of the meeting, he was a lot less agitated and was looking forward to grabbing a coffee with me the following week to talk more. Amanda (who is she??) didn’t show. I pretended not to notice.

Now, even though I coach in this “mindset stuff” all the time, I am still so in awe when I apply something and it works. Not because I didn’t think it would, but because it amazes me every time how powerful the human mind is. Simply by changing MY thoughts, I can influence an outcome. Because, whether we like it or not, we cannot change someone else’s behaviour. We have to use their strength as our strength. We have to be the change we want to see – not expect someone else to change for us.

This is a muscle that needs to be exercised regularly. And it doesn’t always get the outcome I exactly want. Sometimes I get what I need (ouch). A learning. Sometimes I get something else entirely. The point is, I always get a result consistent with my efforts over time. So, I’m going to keep practicing!

Have you ever changed your thoughts and influenced an outcome? I’d love to hear about it.