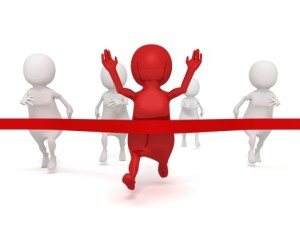 I ran a run run on the weekend – Run for the Kids in Melbourne. And during the 15km effort, I thought a lot about the Hero’s Journey. You see, so much of what we do is a journey – some journeys are short and relatively easy, some are longer and harder. There are some that we are right in the middle of now.

A fun run is no exception. There is always a Call to Adventure – it’s either an email or a friend saying “hey, let’s do <insert fun run name in here>”. And generally there is a Refusal – either you don’t get around to entering straight away, and even when you do enter, you may experience some doubt as to whether you should do it or not. you may experience sickness or injury, and wonder whether that might prevent you from running. It’s all Refusal. For this run, I had a sinus infection for a few weeks, and it severely impacted my training. As a result of not getting my long run to where I wanted it to be, I did think about not doing it.

We experience Calls to Adventure all the time. And some are refused and go no further. And others are not. There are many times when we front up to the start line, ready to run our race. I experienced an amazing Crossing the Threshold experience yesterday when I crossed the start line with the hooter blowing. The adrenaline was pumping, I was ready! It was then I quickly learned that Crossing the Threshold is only the beginning. I still had 15km to run. The first two passed in a heartbeat but that still left 13. Along the way I met many mentors – people who were running for children who had passed away, people who were running to beat their fastest time or longest distance. To be surrounded by that amount of determination was inspiring.

There were plenty of tests – mainly in the form of a stitch, sore legs, sore back, and generally feeling out of breath. My allies were all around me – people representing parts of me that were determined to keep going. My enemy was the voice in my head saying “you haven’t run 15km in a LONG time! There’s no way you’re going to make it… You’re running so slowly too! This is going to take ages! Why bother!” You get the idea.

I defeated my enemy – eventually. The voice finally gave up in the last 2km when they admitted defeat. I WAS going to make it after all. Score 1 for Emma, 0 for the voice.

The Reward and the Road Back

My reward was my husband waiting at the finish line with a packet of peanut M&Ms. Delicious. The reward got me thinking about project celebrations. Some projects do it really well, others are too busy working on the next thing. Rewards are critical. and not just for the drinks and canapes or team ten pin bowling. Rewards send a clear message to your unconscious mind that what you just did is a GOOD thing. It means you will do it again. And again. And get even more pleasure and satisfaction from your actions and ultimately your life. This will, in turn, encourage you to share with others. You see, when you experience something amazing, something you didn’t think you would be able to do – whether it be conquer something physical or successfully deliver a project -you owe it to the world to share. It’s not bragging, it’s sharing. And who knows, how many people you could inspire, or even teach something to that will mean they don’t make any of the mistakes you may have made along the way.

Think about some of the amazing things you have done recently. Did you deliver a project and make people happy? Did you achieve something physical? Did you make someone’s day brighter? What was the reward so you know you can do it again? Or something better? What would you like to share with others that could make a difference to them? I bet you can list at least ten!