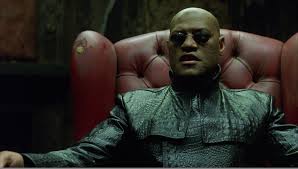 Have you ever had a dream? Have you ever had a GREAT IDEA? Of course you have. And you talk to your “Yes And” people and start building your idea into a plan. But there’s something missing. You need expert advice. Perhaps someone who has done something similar who can guide you. Advise you. The person you are looking for is your Mentor.

Tony Robbins once attributed his amazing success to “standing on the shoulders of giants”, which is quite ironic as the quote was originally from Sir Isaac Newton, who famously said:

I love this because Tony Robbins demonstrated that even when describing WHY he was successful, he quoted someone else. It inspired me because it meant I didn’t necessarily need to come up with whole new idea, but simply leverage off what has been done before and apply my own thinking and experience. Although, secretly, I wish I had invented the iPad. Never mind…

So many people in my life have inspired me. I love reading. I love learning. One of my most impressive mentors is Rob Thomsett, the author of Radical Project Management, Third Wave Project Management, and a range of other books and articles that can all be found here.

As I worked my way through the world as a Project Manager, I knew there was more I could do but I wasn’t sure what. I had refused a number of opportunities, and even when the opportunity to work with Rob came up, I still had doubts. Was I good enough? You see, refusing the call is not about turning your back on something. It could be missing an opportunity due to anything, such as feelings of self doubt. We have them all the time. It could be as small as getting a head cold and not going to a party. It’s all refusal, and to be honest, it’s not always a bad idea to refuse a call. It leaves you open to another call. A better call for you. The most important thing about refusing the call is recognising that you are doing it. Neo refused the call of the Matrix, even though he was keen. It was only when he met the mentor, Morpheus, that he was ready to go.

When the Student is Ready

Gene Oliver once said: “When the student is ready… the lesson appears”. This is often morphed into “… the teacher appears”. There will come a time, many times in fact, where you will be ready to answer the call. And it will seem like a coincidence when a teacher, a mentor, appears ready with a lesson for you. With advice and help. Words of wisdom to take you to the next level of learning.

The Mentor is critical, and appears time and time again in movies – Morpheus, Yoda, Glenda – The Good Witch of the North. The only thing that is consistent about the Mentor is that they can come from the most unlikely of places and is instantly recognisable. I knew I was ready to move to the next level with my passion for people and projects when I met Rob. We even affectionately call him Yoda, because of his wisdom. He is slightly younger than Yoda though… The Mentor is the person who gives the Hero the courage to cross the threshold and embrace adventure, sharing their wisdom and giving advice, but at the same time allowing the Hero to follow their own path and make their own mistakes.

The Mentor might not even be a real person. It could be a book or an article that provides sufficient guidance for the Hero to take that step. That step into another adventure.

Who is your Mentor?