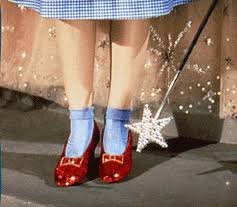 Don’t you just love a good story? A great movie? A tale where the hero overcomes adversary, conquering the enemy and at the same time learning something amazing about themselves? Why do these movies appeal to us so much? Why do we watch them over and over? How do these movies obtain “cult status”? The Wizard of Oz… The Matrix… Star Wars… The secret is they apply a formula of sorts called The Hero’s Journey. The Hero’s Journey is a powerful method of story telling that captivates an audience not only because of its structure but because it is so easy  for the reader/viewer to see themselves in the story making all the same mistakes and achieving all the glory of the hero. The concept of the Hero’s Journey was introduced by Joseph Campbell in his book “The Hero with a Thousand Faces”, and I love it because I think it is a helpful formula for a successful project. Here is a bit of a whistle-stop summary and how it could apply to projects!

The Ordinary World, Call to Adventure, Refusal of the Call

The Hero, which is of course the Project Manager (yay!) is living a normal life when a business need arises. An adventure! It’s not often quite as exciting as landing in Oz in a house or Morpheus asking you to take a red pill, but it’s still a change. Something new. We get called to Adventure all the time. And we also refuse many times. Sometimes it’s just not the right thing or the right time. The same applies to projects. Often business needs are not addressed straight away, so by the time the Project Manager takes over, the “call” has been refused so many times, the business (or customer) is quite impatient. Sound familiar?

Meeting the Mentor, Crossing the Threshold

A really important thing has to happen next. In order for the Hero (you!) to cross the threshold and continue the adventure, they must meet a mentor. For Dorothy, it was Glenda, the good witch. For Neo it was Morpheus. For Luke Skywalker, it was Obi Wan. You see, as the hero, you are never expected to do things on your own – enter your project team, and most importantly your project sponsor. A great project sponsor is your mentor. Someone who is there for you as you take on every challenge the project presents you…

Tests, Allies and Enemy, the Approach, the Ordeal

What project is ever easy? Every adventure, to be really worth it, is not without its challenges. Along the path you will be tested many times (the traditional number is three – but as Project Managers we know it can be more than that!). The good news is that it’s not all bad. You will also have people on your side – your team, your friends, people you share a pod with. Sometimes your allies will come from the most unlikely of places. Along the way you will find you are so much more capable that what you could you thought. Which is great news. Because you will need all the help you can get as you face your ultimate Ordeal – the moment that will test you more than anything else has. It’s no coincidence that every project seems that little bit more challenging than the last. It’s because you are ready for something bigger. We don’t have to defeat Darth Vader in the ultimate light sabre battle between good and evil. It might just be a hectic four day marathon project go-live. Whatever it is, you are ready for it.

The Reward, Road Back, Return with the Elixir

The Hero deserves to be rewarded for their efforts, hard work and personal risk taken to complete the mission, I mean project… This will hopefully take the form of a fabulous end of project party, and a great performance review from your sponsor and stakeholders. At this point, there may be one last battle to fight, sorry, unexpected project issue to resolve – as we know, projects are never smooth sailing. When all this is over, you might think it’s time to kick back, but returning with the Elixir is probably one of the most important things you can do as a Project Manager. You see, along the way you have learned so much and now it’s time to share. Time to ensure others can learn from your learnings. Time to build the Intellectual Property of your organisation. Time to inspire others to apply their learnings too.

I love this as a concept not only so I can secretly give my stakeholders code names like the Wicked Witch of the West, Darth Vader and Morpheus (!!) but because when I come across the various challenges that happen during a project, just knowing that it is all part of the Hero’s Journey, helps me navigate what would otherwise be a confusing maze. It’s my Yellow Brick Road of sorts.

Now you can use it too. Think about your current project… Where are you and your team on the Hero’s Journey? What do you need to continue to a successful outcome?