Strengths in Uncertainty - The Agile Project Manager Skip to content 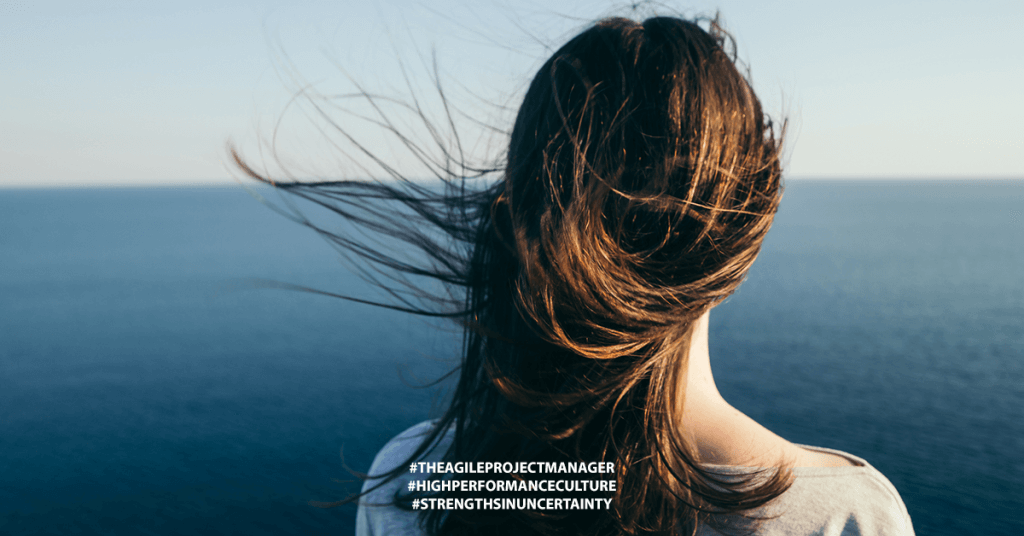 On this day, over 20 years ago, I was facing uncertainty—a definite crisis. I had just been winched onto the deck of HMAS WESTRALIA from a helicopter. That alone was a crisis. I’m not a fan of helicopters – or dangling from them for that matter. I was also wearing full fire-fighting gear, including breathing apparatus. HMAS WESTRALIA was on fire. WESTRALIA was one of the Royal Australian Navy’s tankers and was capable of carrying 25,000 tons of fuel. A fire had broken out in the engine room and had quickly gotten out of control. The ship’s fire fighting team was doing a fantastic job considering the circumstances but they were struggling. I was posted to a nearby warship and volunteered to go across to help. I had previously been a junior officer on WESTRALIA and knew the engine room well. My offer to volunteer had initially been turned down by my Commanding Officer, who gave me the job of manning the phone on our flight deck. However, when the departing fire team ended up being one person short, I handed my phone responsibility off to another person and jumped in the helicopter. Well, it was more of a waddle and flop than a jump, but you get the idea.

I had never mastered landing deftly on a ship’s deck, and that day was not going to be the day. The first thing that hit me was the smell. Tankers typically smelled like diesel, but the smell that day was something else. It was still diesel but more intense. It was diesel burning. The next few hours were a blur. Ostensibly we were there to take over from the fire team, but it became apparent almost immediately that to take them out of the action would be soul-destroying for them. They had worked so hard, and although they were exhausted, it was their ship and their fire. Instead, we worked out how we could best support them. Our team kicked into action and helped them with their hoses, and to cool the boundaries where the fire was at its most intense. I then moved from group to group, helping out where I could from coordinating the manual lowering of the anchor to helping the injured. I would like to think I was the picture of calm – it is how people described me in the aftermath – but to be honest, I’m not sure what I was. All I remember being is the person working out what tasks were needed, then doing them.

My Strengths in Uncertainty

Fast forward to now, with over ten years of coaching and the knowledge of Gallup Strengths under my belt, I see my Strengths working together to get me through that day. And even though the day was tough, I discovered I was capable of much more than I thought.

We are facing unprecedented times. Even before COVID-19 made its way into our lives, we were dealing with uncertainty. The pace of change is increasing rapidly, and as humans, we’re not as ready for it as we would like. Every day we are expected to be more, do more and have more. All while facing challenges for which we are ill-prepared. However, like every downside, there is an upside, a bright spot. We never really know how capable we are until events test our capabilities. These tests are never fun, but they provide opportunities for us to find within ourselves something we may not have otherwise discovered. And it will be different for all of us.

Your Turn – Your Strengths in Uncertainty

This bright spot prompted me to go out to my friends and clients and ask them how they were using their strengths during this crisis. What strengths were needed more in this time of uncertainty? And their answers amazed me. So much so that I am still conducting interviews and continuing to be blown away by what I learn. I’ll be publishing these conversations over the next few months so you can learn from them too. If you would like to participate in the interviews, please get in contact. Even if I have already featured the strength, another perspective is always welcome. Email me at emma@theagileprojectmanager.com.au.

Don’t know your top strengths? Go here to discover how you can find them out.

Posted in Agile and Strengths, Challenges and Opportunities

Get Chapter 1 of The Agile Project Manager

You have Successfully Subscribed!