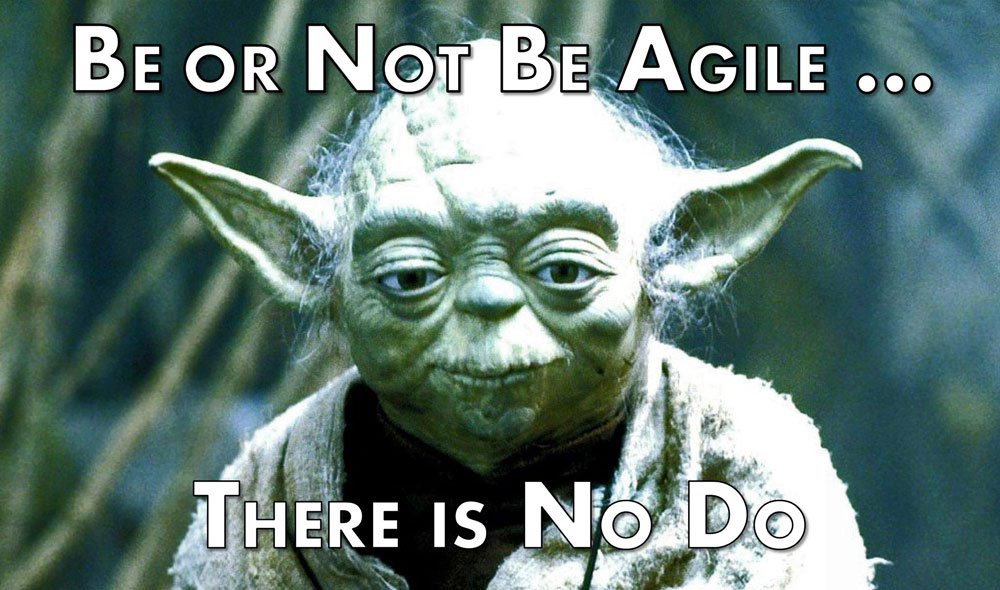 I work with Agile (and non-Agile) project practitioners on a daily basis, and I find that there is still a lot of confusion about what Agile really is. I had a conversation with someone the other day who lamented all the people who were ‘doing it wrong’. I was curious about this because when it comes to applying Agile pragmatically in organisations that are so different, I’m not even sure you could ‘do it wrong’. I believe that walking your talk counts so much more than just knowing your stuff.

Like any practice or methodology there are always going to be the enthusiasts. I know I’m one of them. I learn something and am so excited about it I can’t wait to share it with others. I have received feedback over the years that sometimes my enthusiasm can be ‘a bit much’ at times and I take that on board as feedback to improve the delivery of my message.

Beyond the enthusiasts are the purists. Also enthusiastic, they have a black and white/ right or wrong approach to Agile, which focuses on details and loses track of the big picture. The values.

To be a true Agile enthusiast, you must not only ‘do’ Agile but ‘be’ Agile, and a great way to start is to not only know, but embody the values stated in the Agile Manifesto. Ask yourself, do you REALLY value and live these values? Because when you do, the details you are mostly likely getting caught up in with others will not be as important.

Individuals and interactions over processes and tools – do you regularly participate in high value interactions with others, seeking face to face time where possible or calling them? Or do you raise a Jira ticket then follow it up with an email?

Working software over comprehensive documentation – are you focusing on outputs and achievements of your team and seeking to remove roadblocks, or are you spending that time instead buried in a spread sheet or a document?

Customer collaboration over contract negotiation – are you working to collaborate with others, including vendors and partners to get a great output, or are you negotiating “hard” over email?

Responding to change over following a plan – are you flexible to change or wedded to a plan you are unwilling to change? After all, you would have to update that giant document wouldn’t you ?

Tidy up your own Room first

I recently read Marie Kondo’s book “The Life-Changing Magic of Tidying”, and as well as learning some great tactics for tidying up (highly recommended), I learned that it wasn’t so much the tidying itself, but the mindset that was important. My favourite chapter was ‘If you’re mad at your family, your room may be the cause’. In this chapter, a frustrated Kondo stealthily throws away items in her house she has identified as not wanted that belong to members of her family. She was doing them a favour because they could not do it themselves. Mostly this activity was un-noticed but some items WERE noticed as missing. And her family was not happy. She was subsequently banned from tidying other people’s rooms and spaces, which left her no option but to focus on her own room. When she did she noticed quite a lot of belongings that needed to go. As she focused on these items and removed her own excess, she noticed something very interesting with her family. They started throwing unwanted items out too. Without any prompting or stealth tactics from her! She encourages her readers to check their own space first:

It can be so easy to point out what is wrong in someone else’s space. Mainly because you have a fresh perspective they do not, and when that perspective is wanted, people will ask for it. However I encourage you, even when asked, always check your own space first. Are you living and breathing the values you have been engaged to help others with?

By truly living the Agile values, and not getting caught up in others you will be surprised at the influence you have on everyone around you.

This post was originally published on LinkedIn on 6 Sep and it started quite the conversation. What did you think?