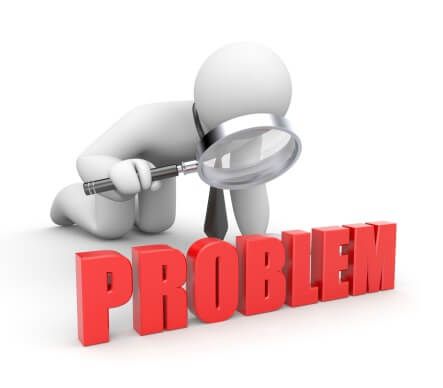 Moving from ‘problem’ to ‘not problem’

A coach’s role is to move a client’s thinking from ‘problem’ to ‘not problem’. And the first thing we do is not focus on it! This is why, if you have been coached, you are generally asked ‘what brings you here today?’, and soon into the session you will be prompted to describe how you want it to be. While it might sound a bit unrealistic to focus on the positive all the time, what we are working to do with you is change your focus. Because when you do, you start to see the big, wide world of ‘not problem’ that exists all around us. And is always there. It’s like getting into an aircraft and flying high above the earth. All the people look like tiny ants (if you can see it at all), and skyscrapers look like Lego buildings. You start to see first hand the small part you play in the ecosystem that is our planet.

One of the most inspiring experiences I ever had was to kayak in Antarctica. When I found myself to be a tiny toy next to a pillar of ice the size of a city skyscraper, I realised how small I was compared to the natural world. Just one little being on a planet of billions of people. It puts things in perspective. While a coach will generally not take you on plane or to Antarctica, the questions we ask invite you to take a new perspective on what you are choosing to focus on and encourage you to look at the world of ‘not problem’ instead.

A great workshop technique I have seen used is called ‘busting assumptions’. It invites the room to look at some of the early assumptions being made about a particular topic. All assumptions are listed, and then participants are asked to look at things from the perspective of ‘what if they weren’t true?’. For example, an assumption may be made about a particular limitation being placed on a project, such as a time or budget. What if it wasn’t true? it encourages the participant to imagine a new possibility. To imagine things that did not seem possible due to assumptions being made. It moves you in to another world.

The more possibility we can see (whether it’s ‘true’ or not), the more able we are to move out of our ‘problem’ into a world of ‘not problem’. Sometimes, just knowing there is a world out there where your problem does not exist is enough to help you move to new opportunities. Think of a ‘problem’ you have right now. Imagine a world where it doesn’t exist. What does it look like? What’s different about it? What do you see, hear and feel? In the process of thinking about this, are you feeling different? What has changed for you?

This can be a little challenging to do at first. Let me know how you go, and also contact me if I can help in any way.